Second Spring offers editorial and educational services in the field of Faith and Culture. It was founded by the late Stratford Caldecott and his wife Léonie Caldecott, who continues to run the business with their eldest daughter Teresa Caldecott Cialini.

Why we are called “Second Spring”

We are named “Second Spring” in part after Bl. John Henry Newman’s famous sermon of 1852, in which he speaks about a coming revival of Catholicism in England. When Newman gave the sermon, at the first Synod of the newly re-established English Catholic hierarchy, he was prophesying nothing less than a resurgence of Catholic culture. “The world grows old, but the Church is ever young,” he said. “She can, at any time, at her Lord’s will, ‘inherit the Gentiles, and inhabit the desolate cities.’” Newman also quoted from the Song of Songs, words which capture the spirit of what we at Second Spring have been trying to do all these years. “Arise, make haste, my love, my dove, my beautiful one, and come. For the winter is now past, and the rain is over and gone. The flowers have appeared in our land…. The fig tree hath put forth her green figs; the vines in flower yield their sweet smell.”

Certainly, in the wake of Newman, there was an extraordinary Catholic literary revival. In the first half of the twentieth century, several generations of writers and artists demonstrated the new intellectual confidence which fed the revival of Catholic Christianity in the British Isles. Hopkins, Knox, Waugh, Sheed and Ward, Houselander, D’Arcy, Gill, Chesterton, Dawson, and J.R.R. Tolkien all form part of this springtime of Faith feeding into Culture. One of their major achievements was to present Catholicism as a serious challenge to the upper and middle classes, the “intelligentsia” of their day, in such a way that the attraction to Catholicism set in motion by the Oxford movement was maintained right up to the Second Vatican Council. At the same time, many great writers of other denominations—Dorothy Sayers, T.S. Eliot, C.S. Lewis, to name but a few—also bore witness to a flowering of Christian culture in the modern era.

It was the historian Christopher Dawson who first gave Stratford Caldecott the historical overview which drove his broad contextualisation of the Second Spring in the Catholic Church. Dawson was one of many modern historians who led the re-appraisal of pre-Reformation culture. He was able to demonstrate the cultural impact of Christianity throughout history without reducing it to a merely sociological or cultural phenomenon. We at Second Spring saw that we must revitalise the teaching of history by contact with this vision, and this informed the creation of our Summer Schools and courses, which continue to give a vital historical context to students of all ages.

Strat was also deeply interested in dialogue with the Eastern Orthodox, and it is significant that the last spiritual writers he immersed himself in before his death were from that “other half” of the lungs of Christianity, as St John Paul II put it. The Catholic revival that Newman represents was a neo-Patristic revival, in that it looked back to the early Church Fathers of East and West. It refreshed the vision of the Faith and the interpretation of Scripture by drinking at the well (the “First Spring”) of the early Church. Immersion in the Fathers was what brought Newman to the Catholic Church. In Europe as a whole, the rediscovery of ancient sources leading to a renewal of theological vision is generally referred to as the Ressourcement, and it is associated with scholars such as Henri de Lubac, Romano Guardini, Jean Danielou, and Louis Bouyer. These writers went beyond a narrowly “Scholastic” reading of St Thomas and tried to repair the division that had opened up in the Enlightenment between Biblical exegesis, theology, and Christian spirituality. Their thought flowed into the Liturgical Movement, and in this and other ways prepared the ground for the Second Vatican Council.

Newman’s prophecy may also be taken in a longer perspective.  In his theological work, Strat was looking for a Second Spring beyond the Second Vatican Council, whilst seeing the Council as a necessary stage in its preparation.  One of the greatest influences on his work was the Swiss theologian Hans Urs von Balthasar—a student of de Lubac’s and co-founder with him, Bouyer, and Danielou, of the international review Communio—whose core writing explores the three Transcendentals: Beauty, Goodness, and Truth.  “In his work,” wrote Stratford, “the various tributaries of the Ressourcement run together to form a mighty river.” And there we have the second meaning of the word “spring” in our title: we are constantly searching for the source, the origin, the spring which bubbles out of the ground to form the living stream in which all life flourishes (cf. Ezekiel 47:9). As Balthasar wrote, “A truth that is merely handed on, without being thought anew from its very foundations, has lost its vital power.” Certainly Balthasar’s theology, which no less than Newman’s lays enormous emphasis on the role of the imagination as well as the intellect, is one of those which truly nourish the seeds of new life that were planted by the Council in the soil of the Church.

Why do we talk of a “Second” and not of a coming “Third” Spring? Strat put it this way. “In my view, there can be only two springtimes of the faith. We are not speaking of a potentially endless succession of revivals and rebirths. Christ came once in the form of man, and that was in the midst of winter. The life he brought created—out of the barren ground, soon moist with the blood of martyrs—a deeply flawed but recognisably Christian civilisation. That civilisation had its natural life, it rose and fell, and after 2000 years most of it has been reduced to ash. But its purpose has been fulfilled; it has given birth to many saints. Their seeds have been planted for a new spring, which this time will not follow but presage his Coming. The Second Spring is caused by the energies released in the earth by the Cross, and by the grain that had to die in order to bear fruit a hundredfold. Its purpose is to prepare the valleys and the hills for the feet of the One who comes. He will come at a time that we do not expect. But when he comes, the flowers will bloom, so that he may walk on meadows, not on the bare earth.”

It is this ethos that those of us who remain on this bare earth are committed to cultivating. It is that element described so well by Gerard Manley Hopkins as “the dearest freshness deep down things”, the heart which echoes creation as it unfolds the beauty of its Creator, that informs everything we do. We hope that you will enjoy exploring our refreshed website with us, so that together we may access not just the legacy of things past, but also the vision of things to come: whilst rooted firmly, like a great English oak, in the loam of the present moment. 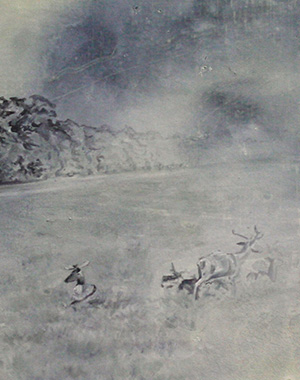 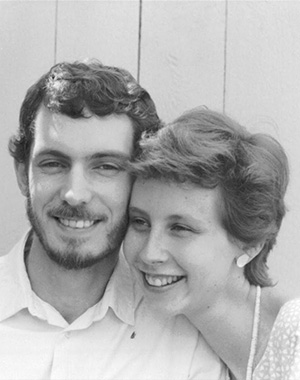 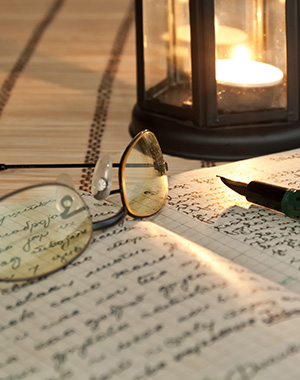 Books by our founders